Aurora Shores conducted a Carp Roundup this year.  While no aquatic saddles were used, the population of these unwanted, invasive, and damaging fish was reduced.  Carp are described by some as aggressive monsters that eat everything and generally push out more desirable fish.  While spawning and feeding they stir up sediment in the water column.  That reduces clarity, negatively impacts plant growth, and mobilizes nutrients such as phosphorus, which are key factors to algae growth.  Carp can also thrive in oxygen-depleted environments which allows them to outcompete the other fish.  Jeff Janzig organized the event that included members of the Aurora Lake Association (ALA) and personnel from EnviroScience, Inc.  EnviroScience provided the boat equipped with a generator and carp-stunning electroshock device.  Basically, the device sends a strong electric current into the water intended to only stun nearby fish.  The carp are then removed with nets leaving the good fish behind.  You may ask how we distinguish between good fish and carp.  Well, the average fish we want to keep (aka good) are fish like bass, catfish, and blue gill that are relatively smaller than the 2-3 foot-plus-long carp.  That makes them about the size of a small beagle.  Because of carp behavior, roundup scheduling targeted an evening of optimal temperature when they would congregate for spawning.  On May 9 conditions were good and nearly 300 fish were removed!  The second attempt on May 23 resulted in a smaller but significant catch of about 60.  A third round is planned for later in the summer.  This will not be a one-and-done project.  Hopefully over the next few seasons the number of carp breeding will become smaller and less damaging. 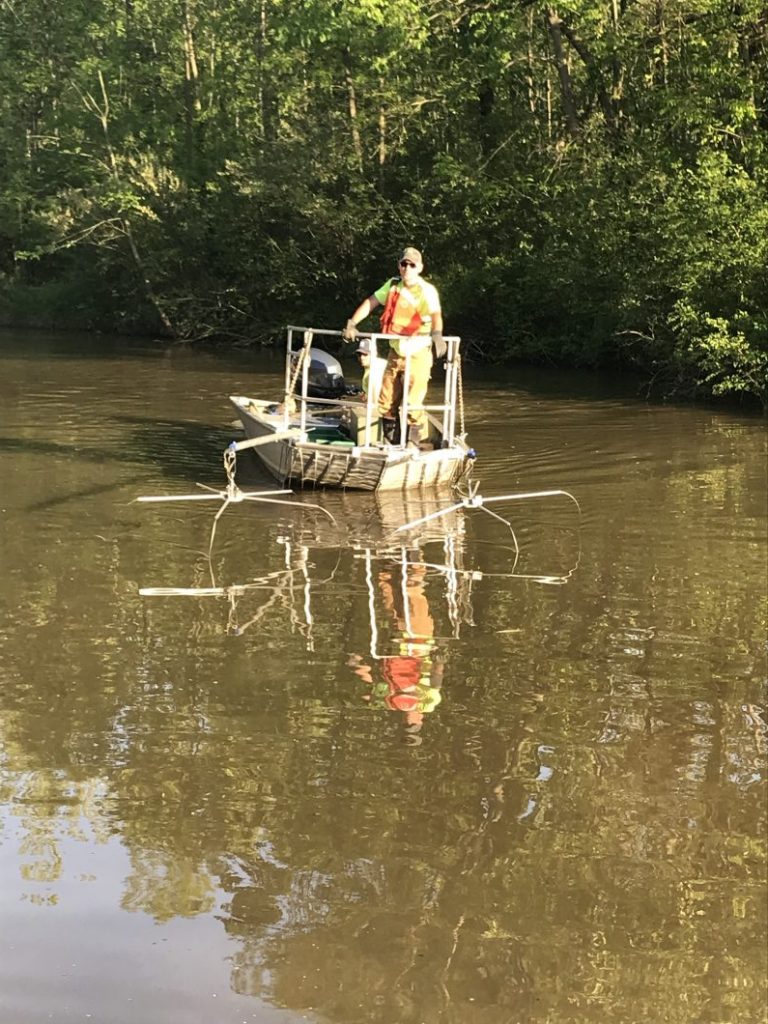 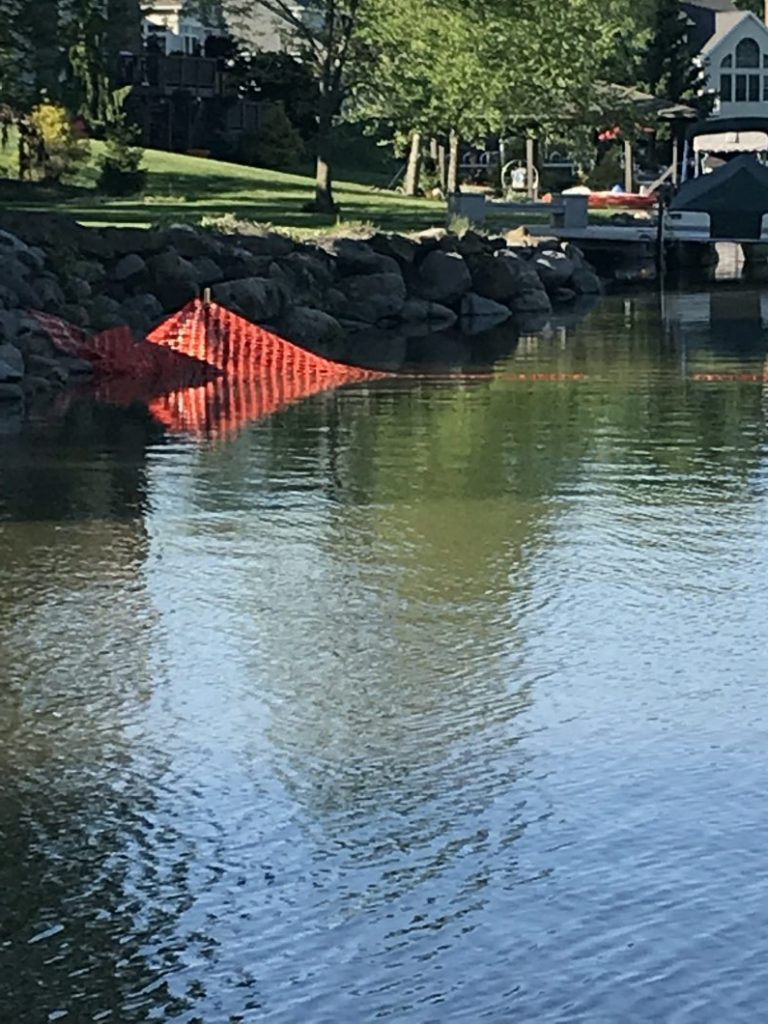 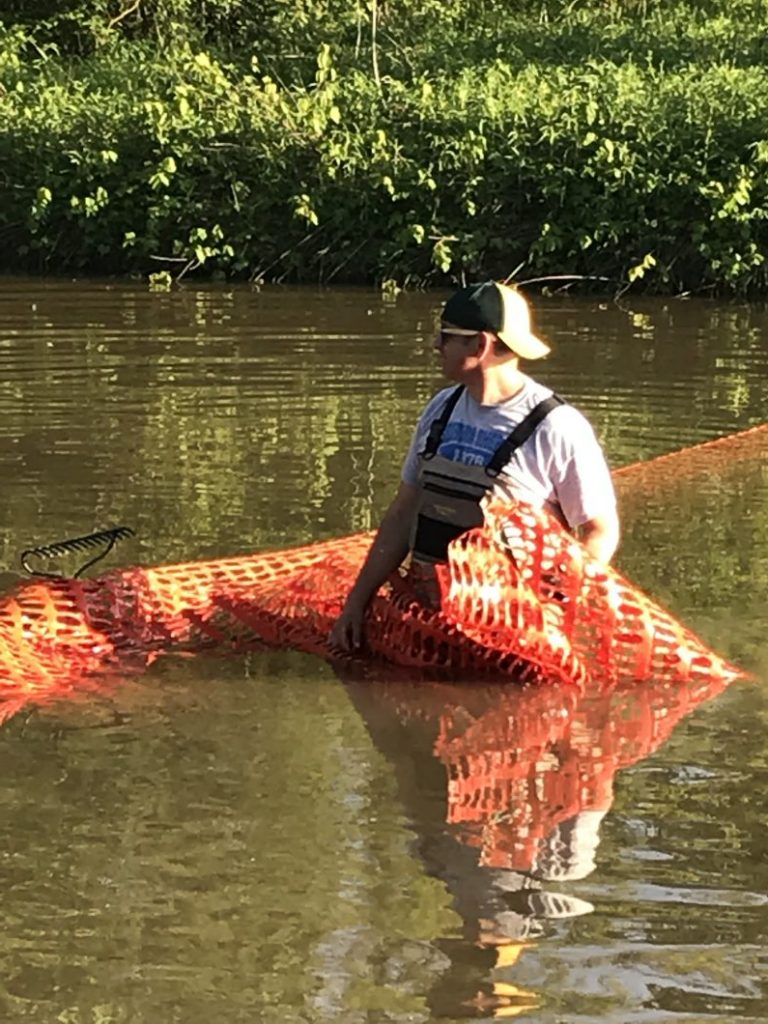