Reminderville is an memorable village.  As the Toledo Blade reported in the November 12, 1974 issue in an article entitled Unusual Names Distinguish Towns, author Don Wolfe ponders, “Ever thought what it might be like to live in a town with an eccentric name? …. Or an unforgettable name, Reminderville.”

When people, not from this area, hear the name Reminderville they often respond with some level of surprise, questioning whether or not that really is the name of a place to live.  After I first moved here, a friend of mine told me it sounded like somewhere you might find in a children’s picture book (like me, she is a children’s librarian so this made a lot of sense to both of us).

Although the name Reminderville is certainly memorable, many people may not be aware of the origin of our village’s name.

Back in the 1940s and 1950s this area was small and remote, only accessible via Orchard Street (which was a dirt road at the time) from Aurora Road. At this time Glenwood Road did not exist, so there was no direct access to Liberty Road and the rest of Twinsburg.  Despite, or more likely because of, the isolation of this area there were a number of families who called this place home.  Many of those original families shared the surname Reminder.

According to Three Communities, One Heritage by Keith A. Peppers and Thomas Kubat of Pursue Posterity, the name Reminderville was first used as a nickname.  When truck drivers had difficulty finding this area, residents of Twinsburg would point them in the direction of the “marshy area” which they’d begun calling Reminderville, after all the Reminder families living here.

In  1955 the village was officially incorporated and the nickname Reminderville became official.  The first mayor of Reminderville was also a Reminder whose full name was Clement Reminder.

For those of us lucky enough to live in Reminderville, we’ve found that this village certainly is, as Don Wolfe mused back in 1974, unforgettable. 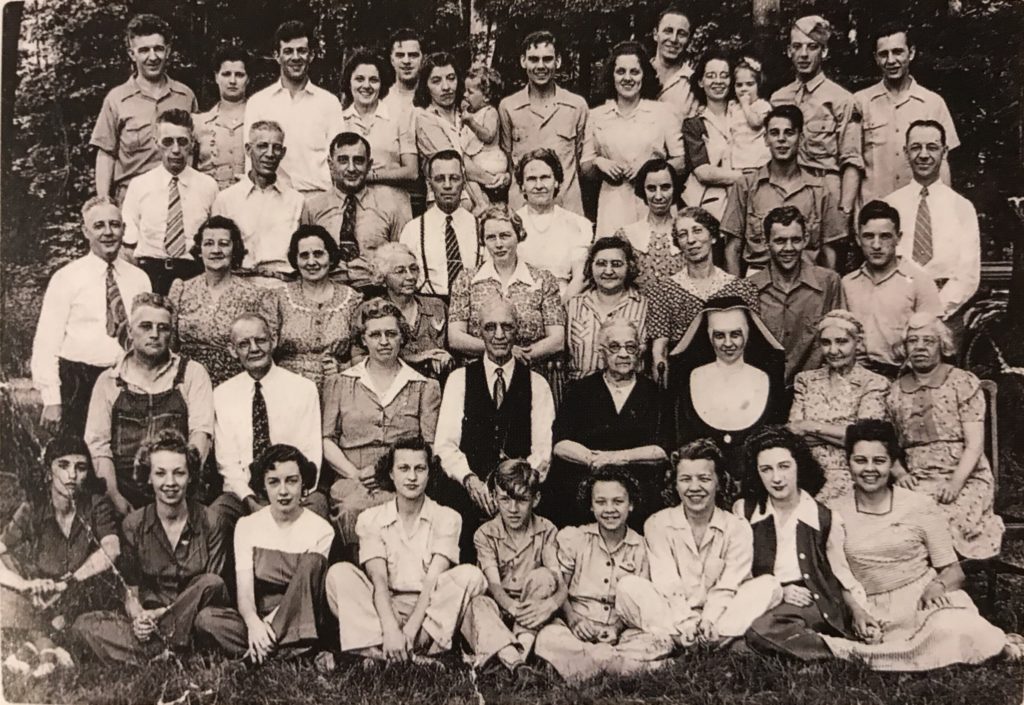 photo of Reminder family from collection of Charles Reminder